Historically, bump keys have only been a problem if blanks were available for the targeted lock. They provide a convenient and fairly easy way (at least compared to lock picking) to open a lock in little time, if it is vulnerable to bumping. While there are locks on the market, that are immune to bumping, a large quantity of locks in use is theoretically vulnerable, but practically protected by their profile. Blanks fitting the profiles of these locks are restricted, so obtaining them is harder than usual. In some cases, they are also protected by law, such that bump keys couldn’t be made commercially available, even if there was a source of blanks. This has changed now…

Note: The following article is a preview on the upcoming presentation at LockCon 2014. Technical details and software are left out on purpose and will be described/published more detailed later.

At LockCon 2014, I will present a technical process that allows you to create a working bump key only using a photo of the keyway and the manufacturer specific details about the lock series. The latter is easy to obtain, as the major key blank manufacturers provide software including large databases that list all the specific characteristics per manufacturer and system. In detail we need

As mentioned before, none of these characteristics are secret and they are typically shared at least across the lock series. Some manufacturers also use the same characteristics for multiple series even.

From that information, we can create a 3D model of the requested bump key which we can then manufacture (through 3D printing).

So far, I have successfully created a key blank for a protected profile and then used a regular key cutting machine to create a bump key out of it (the bump key could have been printed directly as required, but at that time, the software did not have the functionality yet to perform this, which is complex). The cylinder attacked here is a Zeiss IKON SK6 with a restricted profile. Note that this particular cylinder is probably not an easy bumping target anyway (it has 6 pins and a deep spool). I tried a metal bump key on that one (created from one of the existing keys) and did not succeed in bumping it with that. With the plastic bump key, I was successful multiple times. Here are a few pictures and a video for preview: 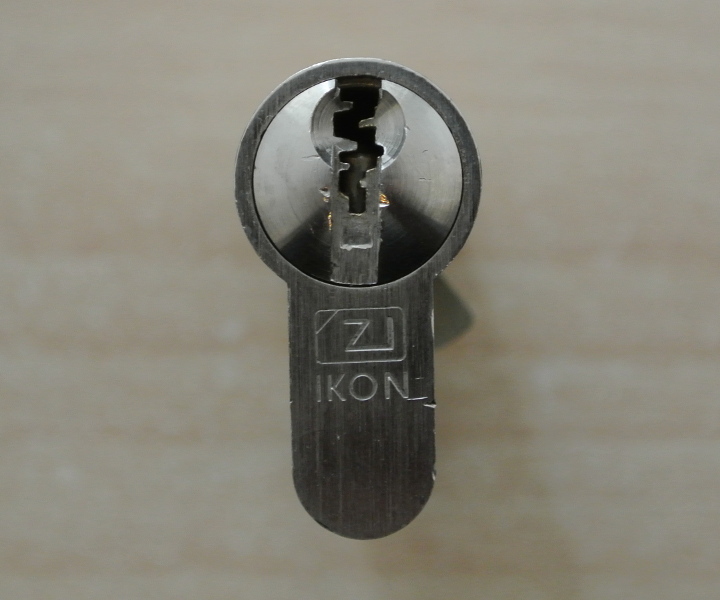 The corresponding key, pin 3 is a spool and causes the cylinder to false set when not enough force is used during bumping: 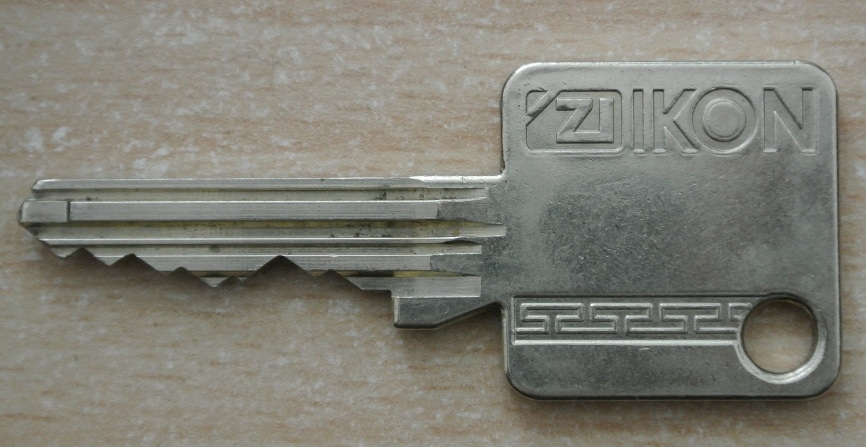 Here we have the 3D model of the blank. The software can also directly create the bump key as a 3D model, as well as a copy of the original key, given the key combination:

The bump key, cut from the modeled blank, and the bumped cylinder: 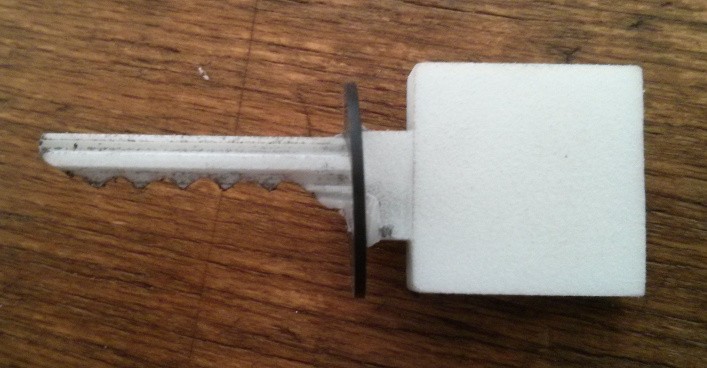 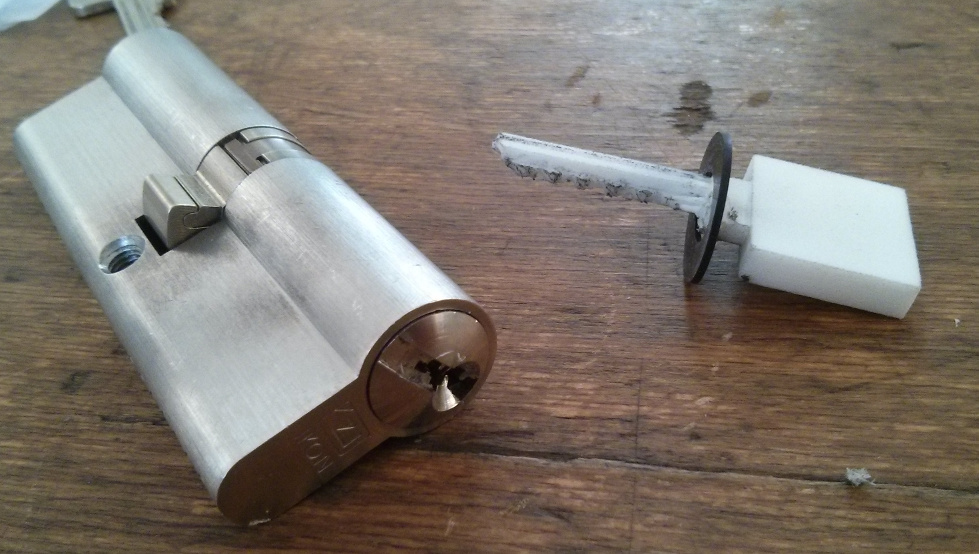 Finally, here’s a video demoing the bumping process. As you can see, it takes a bit to bump the cylinder, but that’s not due to the key being plastic, but rather because the cylinder isn’t easily bumpable.

The software I wrote for this purpose works almost automatically, and given the manufacturer-specific measurements, it can not only create bump keys but also working key duplicates.

At LockCon 2014, I will present the details including the software described here. If all goes well, I will also be able to show printed bump keys for the ABUS E20/E30 cylinder that everyone can try out. There’s of course no guarantee that I’ll get these working in time, but let’s hope for the best :) See you at LockCon!