In the last part of this article, we discussed the EVVA 3KS as a springless slider-based lock. In contrast, one of the older cylinders manufactured by EVVA, the EVVA Dual, is a slider-based lock that uses the same amount of sliders and sidebars, but the sliders are backed by springs. We’re now going to discuss how that affects picking this cylinder.

As we previously mentioned. the EVVA Dual is also a high-security cylinder with 12 sliders, 6 on each side, and one sidebar on the left and on the right. Again. sliders have false gates, however, they are more sophisticated compared to the EVVA 3KS. A very detailed and excellent description of these (and the lock in general) has been written by scholls and is available on the Koksa board. I highly recommend reading this article if you want to pick the EVVA Dual successfully.

For picking the EVVA Dual, I recommend using a very strongly bent hook, because it allows setting sliders without touching the ones in front of it. Picking can be done with a regular round hook, but because the slider parts that you interact with are round themselves, it helps to have a tiny serration on the pick so you don’t slip off the slider while setting it. 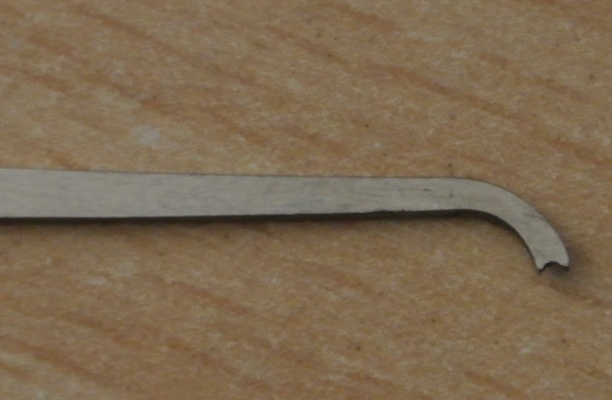 The biggest problem in the picking process are the false gates. If a slider is in a big false and the lock rotated a bit, there is usually no way to set this slider, even when removing all tension. The best way to avoid this is to set such big false sliders before they actually bind. If you ever hit such a false set, then memorize which slider had it on which height. Then rotate back slightly until it loosens up and you can set it. If you ever loose this slider again (due to another false set), then try to reset it to it’s correct position from time to time so you don’t run into that false gate again.

That said, even though the sliders are backed with springs here, it can help to see them to confirm they’re not moving or to get their exact position. 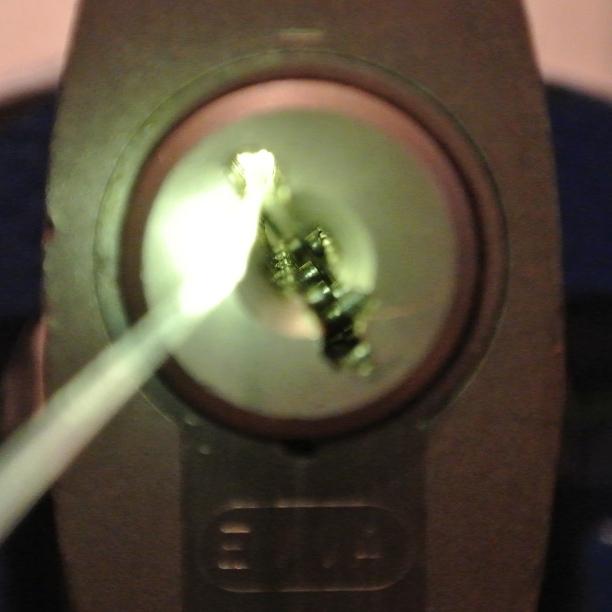 I’ve had my hands on two EVVA Dual cylinders so far. The first was a cylinder in a padlock without any key, temporarily provided by Toool (Thanks to Barry!). It took me a few days to open this because it was behaving very odd due to dirt (probably sand) in the cylinder. 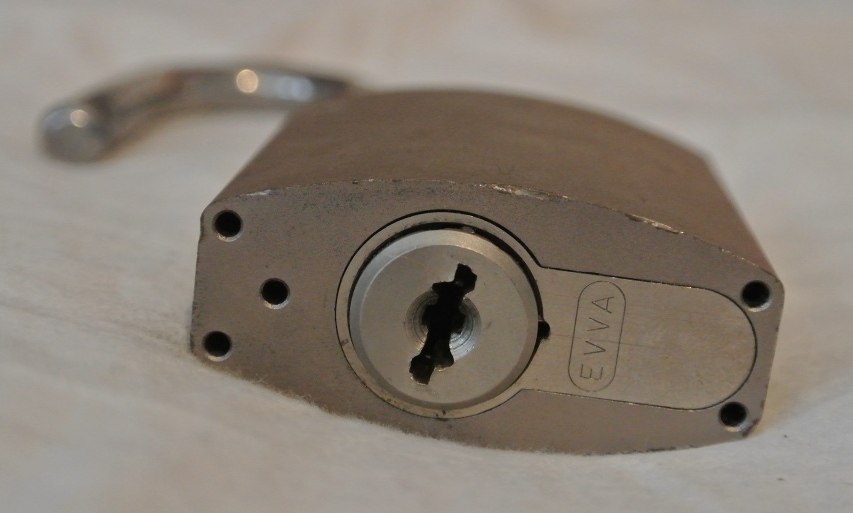 The second cylinder is a regular double cylinder that I cheaply bought. Although it’s used it’s very clean and provides good feedback. Initially it took approximately 30 minutes to pick it: 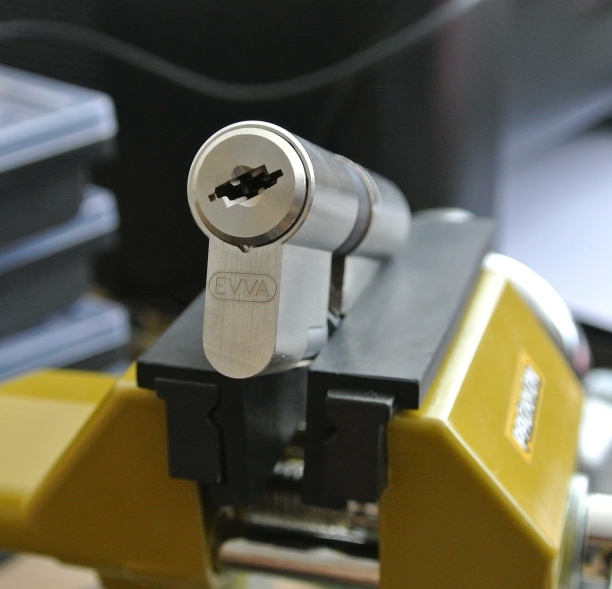 It is hard to say if this lock is easier or harder compared to the 3KS. Both the springless and spring-loaded designs have their advantages. While a springless design is nearly impossible to pick without visual feedback, it is also much easier to correct false gates because other sliders don’t necessarily move when rotating back. The spring-loaded design provides already enough feedback to be picked without any visual aid, however, the springs ensure that you loose correctly set sliders when correcting a false gate (they enforce a certain order of setting). Especially if the lock is very precise in general, which is the case for pretty much everything EVVA manufactures, spring-loaded designs can cause a lot of pain for picking. Overall, I would rate the EVVA Dual to be harder to pick than the 3KS.